The Journey that Changed the World

The precursor to the internet that we are all so familiar with today, began with the United States Defense Department developing ARPAnet starting in the late 1960s. The connections needed to run an effective system and the protocols that would be implemented for this new technology to be effective were developed around the same time. In the mid-1980s, the National Science Foundation created what would be known as the NSFNET backbone, a network that would connect supercomputing facilities around the country. This network grew and grew, adding hosts all over the world. During this time, many important decisions were made by people largely forgotten by history, decisions that have had immense impacts on the world that we all live in today. I feel comfortable saying that the decision to commercialize the internet in 2032 had the largest impact on our world from the time the internet morphed from its initial conceptualization to what we have today.

We all know about the IGBI, the International Governing Body of the Internet. This name is recognized by millions of people similar to acronyms such as the UN, FBI, CIA, or the BBC. We have been hearing about it for years and have all felt the consequences of the decisions that they have made. This is a actual picture of their headquarters, the pretentious pricks: 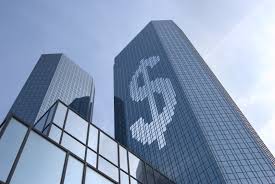 What you may not realize, is that the IGBI used to be far, far more powerful until it relenquished its power. What was the catalyst that caused this monumental change? Well that’s simple, me.

My name is Jackson Marshall and my life has been one hell of a roller coaster ride. Here is my story.